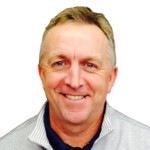 Andrew George - Head PGA Professional
After picking up a club only one year before, I started my professional career at Ely City Golf Club as an assistant professional in 1980. After qualifying in 1984, I then went off to play the Challenge Tour and then the Australian Tour from 1988 to 1993 and again in 1995 playing in the Far East, Australia and New Zealand. Along the way I have won many Pro-Ams and tournaments, including 4 East Region Order of Merit events, one of which was The East Anglian Open in 1994 also 4 County Opens. I have qualified for two Major championships, The Open Championship at Turnberry 1993 and Royal St George's 2003, 4 PGA Championship's at Wentworth and twice in The English Open at Hanbury Manor. In 2001, I was invited to play in The European Club Professional's Championships in Sardinia and after several gruelling days play, emerged the Winner of this most prestigious title. In 2002, I went back to Sardinia to defend the title and this time finished 2nd, just two shots behind the eventual winner. I returned to Sardinia again in 2004 and was successful again in winning the event, making a birdie at the last hole to win the tournament by a shot. One of my proudest achievements to date is to represent GB & Ireland in the biannual PGA Cup match against the USA when it was played near Denver, Colorado in 1998. I have the desire to teach others and coach people at Ely from all walks of life, my knowledge of the golf swing that I have gathered from players and coaches around the world is invaluable. I have an up to date and well stocked shop and with the help of my two assistants Paul and Jamie, we are only too pleased to help with all of your golfing needs.
Book a Lesson Book a Club Fitting 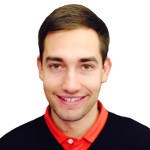 Jamie Le Brun - PGA Assistant Professional
Jamie Le Brun has progressed through the Club's junior ranks to being Assistant Professional, becoming a fully qualified PGA professional in 2008. Prior to turning Professional, Jamie was a scratch golfer winning many local amateur events including the Cambridgeshire Foursomes Championships, County Boys title which included setting the Course Record at the Wandlebury Course at the Gog Magog Golf Club in Cambridge. Jamie is passionate about helping golfers improve and reach their true potential. Over the years Jamie helped clients win numerous club events, county events and even representing their country in championships here and abroad.
Book a Lesson Book a Club Fitting

Don't miss updates from us.

Thank you for signing up.

One last step - You will receive an email from us in the next few minutes. Please click the link to confirm you are happy to receive our weekly newsletter.